It is a rainy day and I am feeling a little droopy, OK I am feeling a little lazy.  So thought you might like to see some of our folks doing what we do best, graphic design, printing and direct mail.  We are a small company and we give personal service to our customers.  Think of us as a boutique printer. 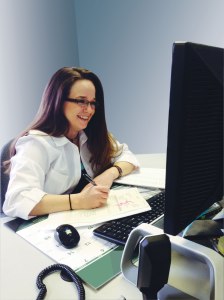 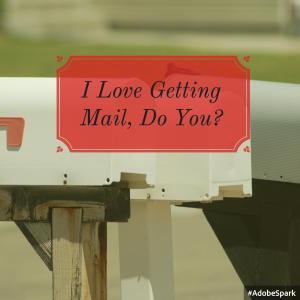 I have observed that some organizations think that on-line marketing can replace off-line marketing.  I serve a lot of non-profit organizations and when on-line marketing became very popular they decided that they could do away with off-line marketing.  Some of them decided to place their newsletter on-line and do away with mailing them. There donations dropped considerably. I think it was because a lot of folks don’t read blast emails and they soon get relegated to the trash folder or get filter by spam protection. Also there was no convenient envelope for them to send in their donation or save it for a later date.  It is important for the recipient to have a convenient vehicle to use.

My opinion is that you should use both on-line and off-line marketing.  When using off-line marketing the mailing should be personalized.  If someone has given money to an organization, they want to know that you, at least, know their name. Studies have shown that direct mail is the preferred way to receive communications because it is a trusted communication channel.

For the first time ever…Burns is offering one hour of free graphic design for first time customers.  The offer ends March 31st.  Now is a perfect time to get started.  Burns also has variable data digital printing.  Call us to see what is possible. 865 584-2265

Direct mail involves many steps from conception to the mail box.  Meeting with a company that is knowledgeable in graphic design, printing and direct mail should be the first step.  At Burns we sit down with our customers and help them with the best design, one that meets USPS mail specifications, select paper that best represents their ideas and the best fit for either digital print or convention offset.  If it is a post card and the quantity is less than 5000, we can print and address the post cards all on one pass of the press.  This means we can get them out quickly and if the press is not too heavily booked, mail in one day. If a list is needed we find out what demographics are needed and provide our customers with a FREE list count.

Finally, after all the planning is done, we provide our customer with the cost of the entire project, before they commit to anything. When we receive the list we can provide postage cost to the penny.

If you have not experienced the one-stop convenience of Burns Mailing & Printing, call me today to set up a direct mail consultation.  The consultation is FREE to our customers.

One of my friends send me this information today and thought I would share it with you because it was something that I did not know
*HERE IS A BIT OF HISTORY I BET YOU DIDN’T KNOW…* *Hours after Pearl
Harbor was bombed on December 7, 1941, the Secret Service found themselves
in a bind. President Franklin D. Roosevelt was to give his Day of Infamy
speech to Congress on Tuesday, and although the trip from the White House
to Capitol Hill was short, agents weren’t sure how to transport him safe. *

*At the time, Federal Law prohibited buying any cars that cost more than
$750, so they would have to get clearance from Congress to do that, and
nobody had time for that. *

*One of the Secret Service members, however, discovered that the US
Treasury had seized the bulletproof car that mobster Al Capone owned when
he was sent to jail in 1931. They cleaned it, made sure it was running
perfectly and had it ready for the President the next day.*

*Mechanics are said to have cleaned and checked each feature of the Caddy
well into the night of December 7th, to make sure that it would run
properly the next day for the Commander in Chief. And run properly it did.
It had been painted black and green to look identical to Chicago ‘s police
cars at the time. To top it off, the gangster’s 1928 Cadillac Town Sedan
had 3,000 pounds of armor and inch-thick bulletproof windows.*

*It also had a specially installed siren and flashing lights hidden behind
the grille, along with a police scanner radio.*

Spring is just around the corner and to celebrate Burns Mailing & Printing, Inc., for the first time ever, is offering FREE, one hour of graphic time with the first printing order,  for new customers. This is a $75.00 value.

If you want a professional look for your post cards, newsletters, appeals or brochures, now is the time to take advantage of this offer. We have three graphic designers on staff with years of experience.

Call or email us now, the offer expires March 31st. 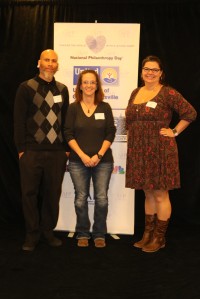 Burns Mailing & Printing has been a sponsor of The National Philanthropy Day for many years. Kai Brown, Amy Perry and Angela Kites represented Burns Mailing & Printing, Inc. at the 2016 National Philanthropy Day event.  The Great Smoky Mountain Chapter of the Association of Fundraising Professionals holds this event each year to honor those involved in philanthropy.  Each non-profit can nominate a person who has made a difference in their organization and then a panel from out of state reviews and makes the recommendation for the different categories.

Our thanks to the many non-profits in the area who make a difference in our community every day.